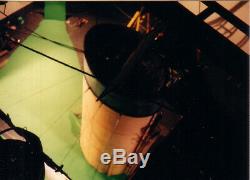 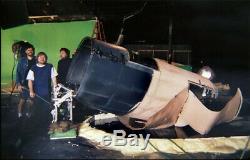 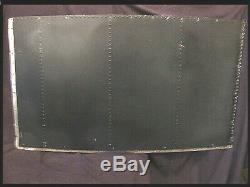 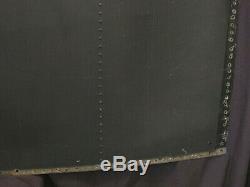 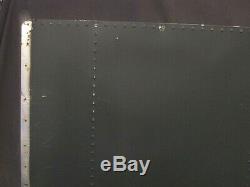 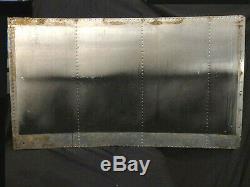 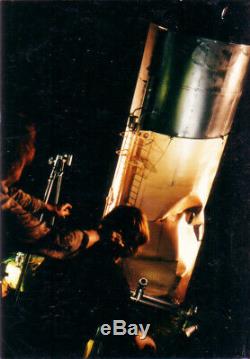 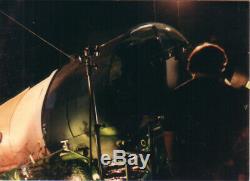 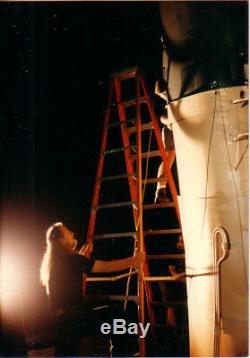 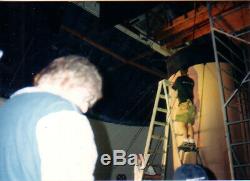 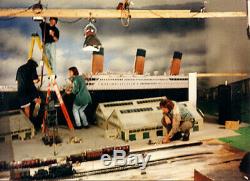 Titanic Large Smoke Stack SCREEN USED Metal Detailed Panel w/LOA + BHS Video. This Panel Is Only 1 of 3 Large 27.5 X 48 Detailed Panels That Were Removed From The 30 Foot High Fennel Smoke Stack Original Screen Used In The Motion Picture Photography Of Titanic. This One of A Kind Large Panel Is Made Of Aluminum And Painted Black With Rivets And Rivets Holes Where The Panel Was Attached To The Frame.

I Personal Worked On Titanics Visual Effects Smoke Stack Sequences at 4Ward Production. We Photographed The Smoke Stack Breaking Free With Wires Snapping, Bending And Then Falling Into The Ocean And Landing on Billy Zane As He Was Swimming Away. To control to the fall and allow the large Smoke Stack to bend, we replaced the lower original black metal panels with exact replicas made of heavy cardboard that were scored to bend as the Smoke Stack came crashing down. It took a number of takes but the one that was used in the final shoot is one that I had my own camera rolling on SO also included is a DVD of the behind the scenes of us shooting the Smoke Stack falling on our sound stage. Also, include is a CD of Behind the Scene stills from the visual effects crew, which includes photos of 3 time Academy Award winner Visual Effect Supervisor Robert Skotak and his Academy Award winner partner/brother Dennis Skotak. Pictures will, also include other BHS scenes that I shot for Titanic. Because of this, we do our very best to describe items accurately. The item "Titanic Large Smoke Stack SCREEN USED Metal Detailed Panel withLOA + BHS Video" is in sale since Wednesday, August 28, 2019.