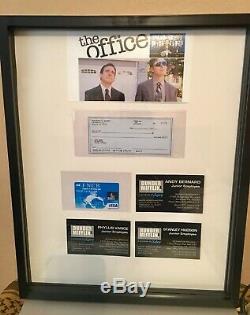 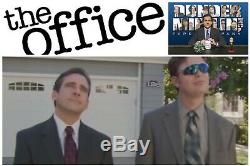 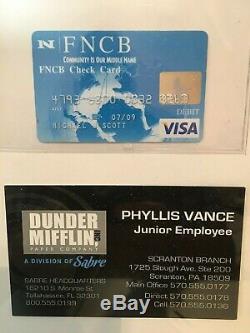 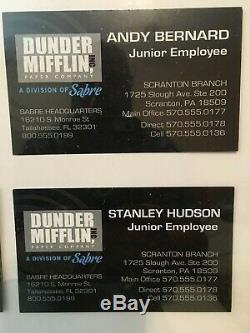 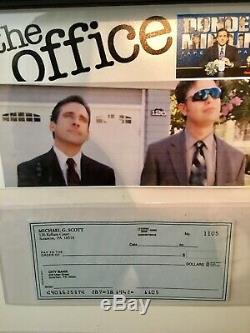 I have been collecting Screen used props for several years, and recently acquired some screen-used "The Office" props. These include a Michael Scott personal check as used in the production of the NBC show "The Office " as well as one of Michael's Debit/Credit cards. The check and card are authentically made, as the prop crew went to great lengths to make things realistic on the show.

There is even a "Michael Scott" signature on the back of the card. Michael used his checkbook in several episodes of the show, including Scotts Tots when he famously wrote four checks to pay for a students college books. Of course these were made by production after the storyline merged Companies Sabre with the cast from Dunder-Mifflin. Included are a card each from characters Andy Bernard, Phyllis Vance, and Stanley Hudson.

This is a fantastic opportunity to own genuine props from your favorite show at a reasonable price. Checks have been removed from the check book Michael used in the show, and were acquired directly from a major prop collector (as acquired through NBC). They are guaranteed to be authentic. This display is ready to hang and become your favorite conversation piece! Please message me with any questions, thanks!

Sorry, There are no COA's for these items as they were obtained via a Collector with a direct relationship with members of set production. I guarantee the items to be authentic. The item "THE OFFICE Michael Scott Screen-Used Prop Personal Check/BankCard Display NBC" is in sale since Thursday, May 30, 2019. This item is in the category "Entertainment Memorabilia\Television Memorabilia\Props\Originals".