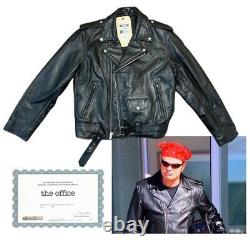 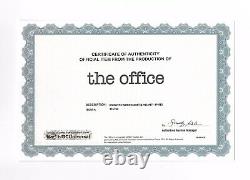 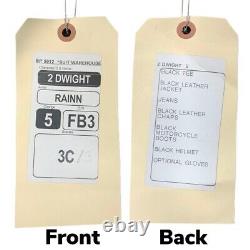 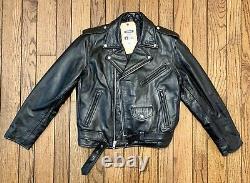 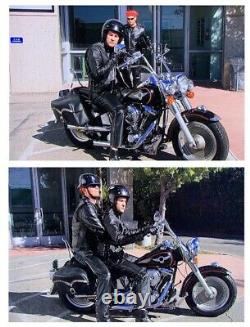 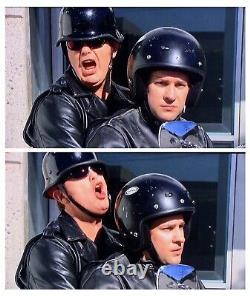 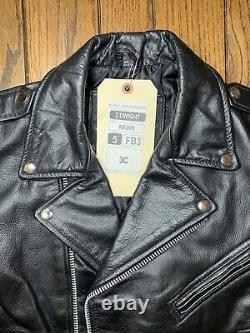 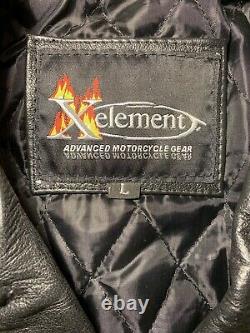 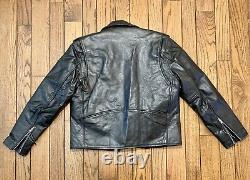 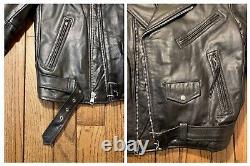 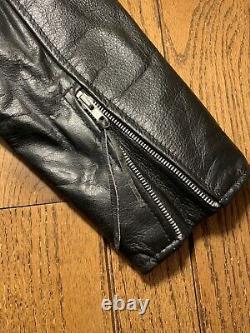 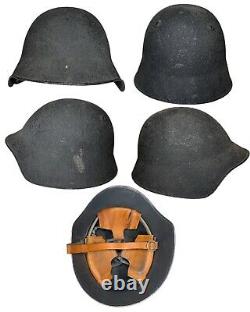 For sale is Dwight Schrutes (Rainn Wilson) screen worn leather motorcycle jacket that he wore in season 9 episode Suit Warehouse. In the beginning of the episode Dwight talks about how him and Jim used to be pretend to be brothers to win over costumers on sales pitches. Dwight walks out of Dunder Mifflin in this jacket and gets on the back of a motorcycle with Jim and holds onto him. Definitely a funny scene as Dwight is having fun doing it and Jim looks not happy about it. This jacket comes with a Certificate of Authenticity from VIP Fan Auctions who auctioned a the Office wardrobe back in 2013 after the show ended.

There is also a costume tag included that is pinned inside the jacket that details the actor/character, scene/ change and episode info as well as the wardrobe details on the back. This jacket also comes with a black German army looking helmet that I believe is a backup or alternate as it doesnt look the same one used in the scene but this was included in the set from VIP. The helmet is still cool as it came from the set and was supposed to be used for Dwight and its possible it may have even been used in cut version of the scene. Its also a German army style helmet which makes sense to any any fan of the show that knows Dwights character being German.

The jacket is a size large and is very nice quality genuine leather jacket. This a great opportunity to own a unique piece of Rainn Wilsons wardrobe he wore on screen as Dwight Schrute in the hit series The Office! The item "The Office Dwight Schrute Rainn Wilson Screen Worn Used Motorcycle Jacket Prop" is in sale since Sunday, August 23, 2020.