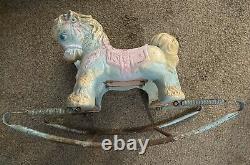 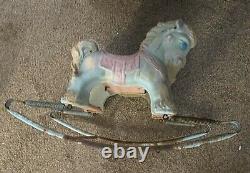 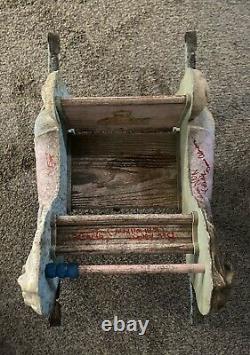 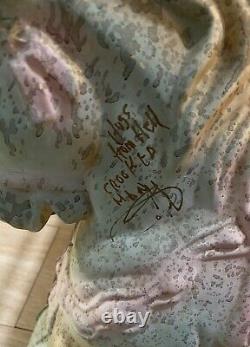 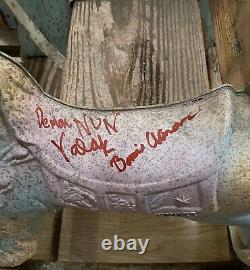 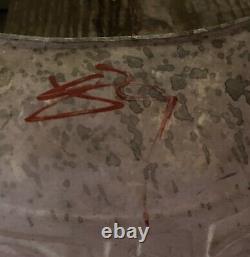 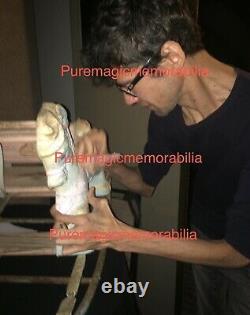 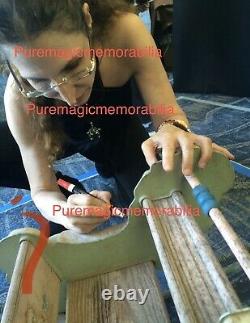 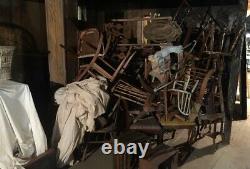 Offered here is a truly incredible piece for fans to the acclaimed The Conjuring Series! This is a screen used prop Rocking Horse from The Conjuring 2! This rocking horse was used in the basement of The Amityville Horror House in the beginning of the film when Lorraine Warren (Vera Farmiga) has her first encounter with The Nun Valak (Bonnie Aarons).

This was likely an homage to the Amityville Horror franchise featuring scenes of rocking chairs/horses rocking by themselves with nobody in them. This piece was intentional aged and distressed to appear as though it was straight out of the legendary Amityville House! This includes some production painting to look older as well as rusted components being added. One of the bottom rails detached, likely from the scene when this horse, along with the pile of chairs, is toppled by Nun Valak. In addition to being used in the film this was signed by all of the film's demon actors including.

Props and Wardrobe from The Conjuring series are very rare, especially a piece this interesting signed by the film's villains! If you want this great piece from one of the best modern horror franchises act fast! Q: Was this item actually used in the film/show mentioned? Q: How was this acquired? A: This is an answer which varies from item to item.

Q: Are there ever multiples of the same prop/wardrobe item? Typically productions will have multiples of nearly every item. The amount however varies depending on how prevalent the item is and how hard it is used. Q: Im specifically looking for something from ________ do you have anything you will be listing? A: If there is any particular Film, Show, or Celebrity you are looking for an item from feel free to ask. The item "The Conjuring 2 Screen Used Prop Amityville Rocking Horse Signed x4! RARE" is in sale since Monday, August 9, 2021. This item is in the category "Entertainment Memorabilia\Movie Memorabilia\Props\Originals".

The seller is "puremagicmemorabilia" and is located in Frazier Park, California. This item can be shipped to United States.