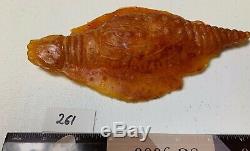 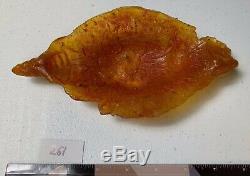 Incredibly unstable, any life forms in contact with the planet are subject to the effects of rapid aging and evolution. This includes the microbes present on the surface of Spocks (Leonard Nimoy) casket when it was ejected from the U.

Enterprise following his funeral in the previous film. The microbes began evolving into these orange creatures that later became gigantic. Made of cast latex, these creatures are opaque orange with additional paint for detail. For any question pleas ask. This is part of the Filmwelt Collection US (Filmworld USA).

This is an original which comes directly from the Paramount warehouse and personally acquired by Martin Netter in 2006 - 2009 and has since been stored in order to preserve it for the future. Your unique opportunity to acquire an original.

All proceeds will be used to support the Filmwelt Collection and future projects in USA. The item "STAR TREK III MICROORGANISM from GENESIS Spocks Coffin PROP SCREEN USED (261)" is in sale since Tuesday, January 21, 2020. This item is in the category "Entertainment Memorabilia\Movie Memorabilia\Props\Originals".

The seller is "filmwelt-us" and is located in Longwood, Florida. This item can be shipped worldwide.