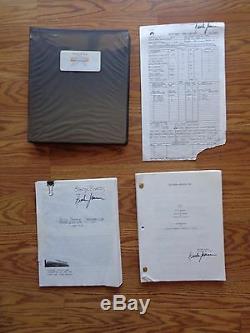 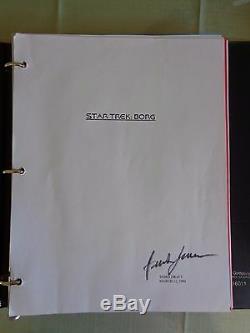 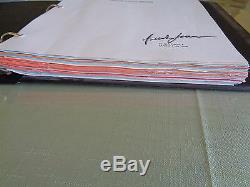 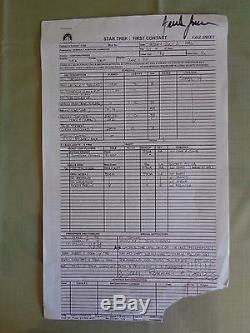 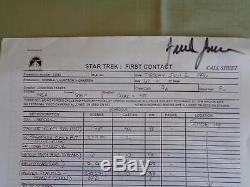 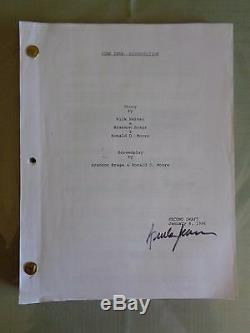 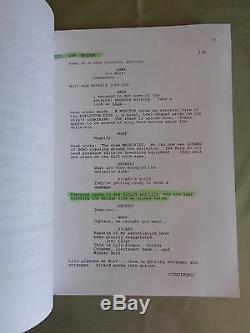 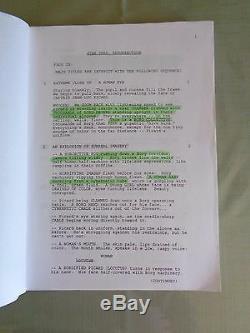 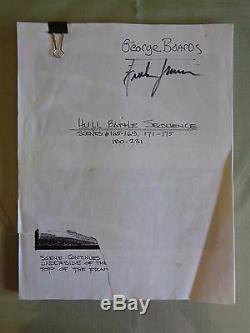 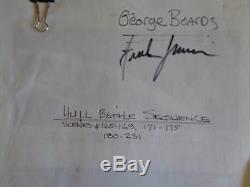 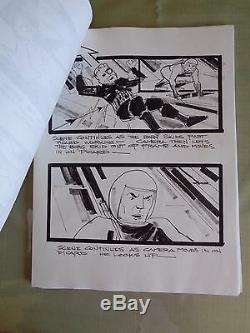 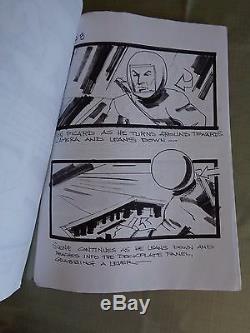 Star Trek First Contact Borg Resurrection Stage Screen Used Script Revised 2nd and 3rd drafts plus Call Sheet all signed by Frank Leasure. Plus Storyboard copies from the Hull Battle Sequence approx 80 pages. First Contact went from the name Resurrection to Borg to First Contact. It is rare to find the early version of scripts as they were revised before shooting!!!

These Script was used by Prop Construction Crew Member and Foreman Frank "Ferb" Leasure. He worked on the shows and movies for 20+ years from Deep Space Nine to Enterprise.

On a side note Frank "Ferb" Leasure is the actual person that Ferb from Phineas and Ferb is named after. There will be approx 80 props from Star Trek shows available here in the next few weeks. The item "Star Trek First Contact Borg Resurrection Stage Screen Used Script Revised 2nd" is in sale since Thursday, October 6, 2016. This item is in the category "Entertainment Memorabilia\Television Memorabilia\Scripts\Originals\Signed".