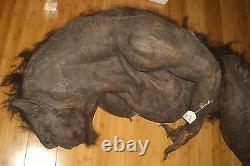 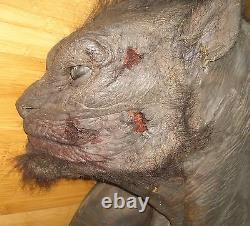 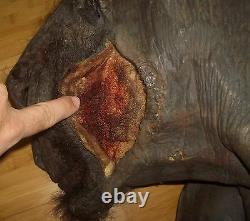 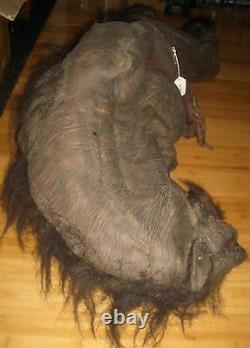 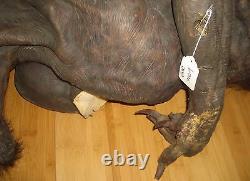 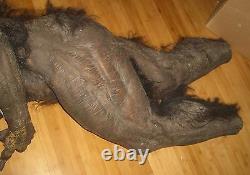 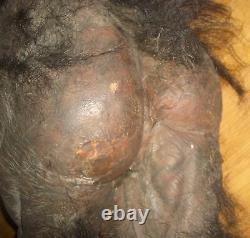 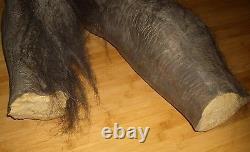 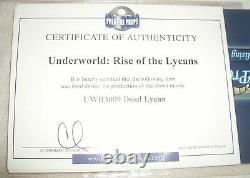 Screen used Underworld dead Lycan prop, it can be clearly seen at the end of the first Underworld movie twice, the first time its seen is when Kate Beckinsale is attacked by it, then puts her foot on it's neck to shoot it multiple times in the head and face, the second time it is seen on screen is when it doubles for Raze dead body as Victor kills Raze in Lycan form, Raze then drops to the ground dead. This is a foam filled dead Lycan prop, it has bullet holes in his head and face, and blood still all over it from filming, missing his feet and right arm, for some reason production cut them off, this is how it came to me, shows wear from screen use, and studio storage, in over all good condition , comes with coa. Thank's for looking and check out my other screen used props and costumes up now.

The item "Screen used Underworld dead Lycan prop killed by Kate Beckinsale with COA Raze" is in sale since Wednesday, June 17, 2020. This item is in the category "Entertainment Memorabilia\Movie Memorabilia\Props\Originals". The seller is "antwar74" and is located in Redondo Beach, California. This item can be shipped to United States.