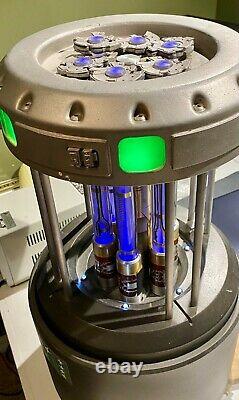 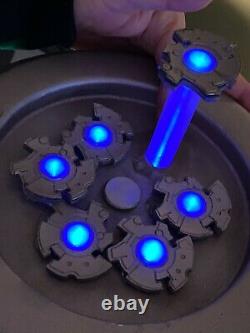 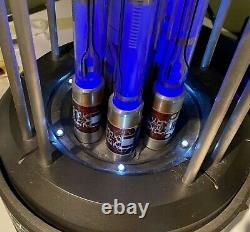 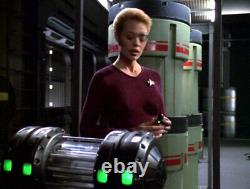 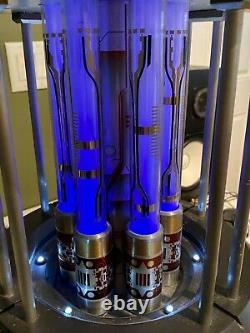 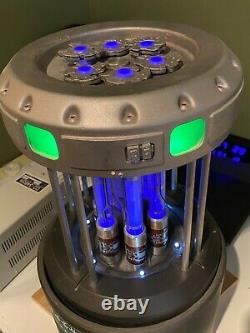 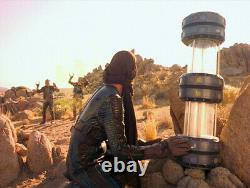 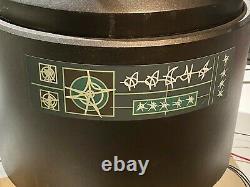 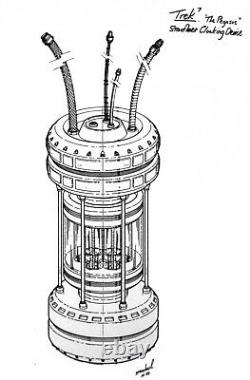 Featured in multiple Star Trek series and modified for multiple episodes including from TNG The Pegasus, from Voyager Childs Play, The Void, and Gravity. This prop started out as the cloaking device in the TNG episode The Pegasus and was modified multiple times throughout the series. It was various devices in the Voyager series. From Enterprise it was featured in prominently Minefield as the focal point of the episode and it also appeared in the Enterprise episodes Countdown and Zero Hour. In the Enterprise episode Minefield it was part of the mine attached to the Enterprise hull that Archer disarms. The prop is made from plastic, and aluminum and lights up and is awesome!! The prop also features a sticker from production with the Xindi script iconography. The lights were tested prior to listing and all function. The prop itself is about 24 in height and is heavy! Comes with the original COA. OWN A PIECE OF STAR TREK HISTORY! The item "Screen-used Star Trek prop used in multiple series, TNG, Voyager, Enterprise" is in sale since Sunday, January 17, 2021.

This item is in the category "Entertainment Memorabilia\Television Memorabilia\Props\Originals". The seller is "fendert61" and is located in Jacksonville Beach, Florida. This item can be shipped to United States.