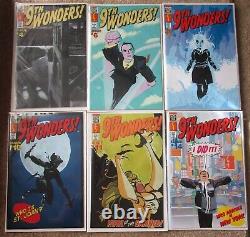 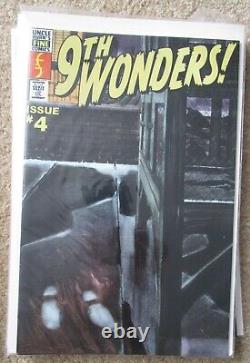 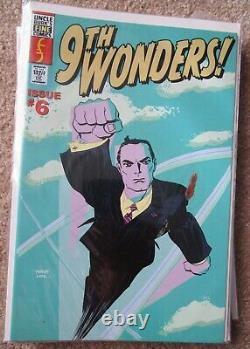 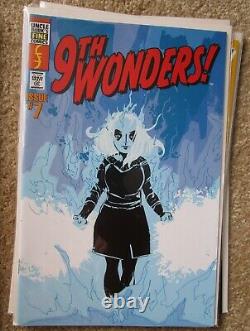 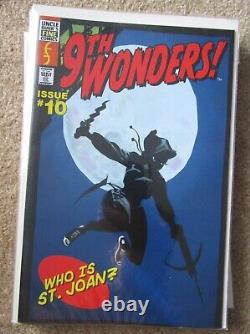 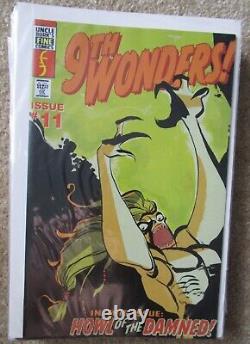 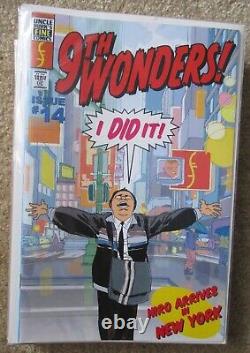 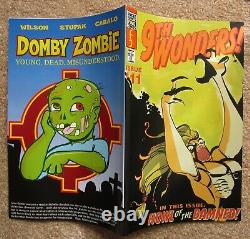 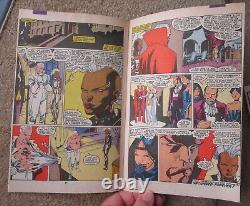 Screen used production made original series Heroes 9th Wonder comic books issues # 4 6, 7, 10, 11, & 14. Only a few 9th Wonder comics were ever made for production , most of these comics were simply put together using a high quality production made cover and a off the rack comic as interior pages to be used as filler , these are the filler comics with production made covers , these were used on screen when there was no need for interior shots of the book. Interior comics with original art threw out were only made and used when a scene called for the interior of the comic to be seen on screen. These comics were acquired threw an NBC Universal industry bake sale in June of 2010 that took place in Chatsworth CA at there Heroes storage warehouse a few months after Heroes was cancelled. They were located in the props section of the bake sale in a comic book box with other 9th Wonder issues.. Thank's for looking and check out my other Heroes screen used props and costume auctions up now. The item "Screen used Heroes 9th Wonder comic book prop lot of 6 (not replicas) lot #2" is in sale since Monday, July 20, 2020. This item is in the category "Entertainment Memorabilia\Movie Memorabilia\Props\Originals". The seller is "antwar74" and is located in Redondo Beach, California. This item can be shipped to United States.