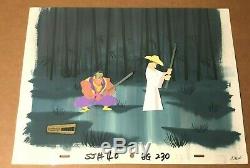 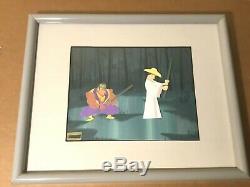 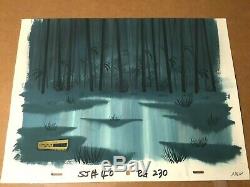 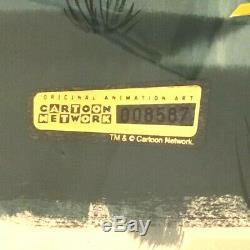 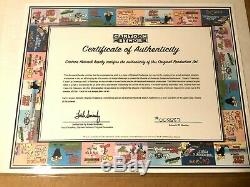 Samurai Jack (2001) production background with screen shot cutouts attached to the cel overlay. As no production cels were used in Samurai Jack, this is one of the only ways to create a screen-accurate image. This setup come from the very beloved episode, Samurai vs Samurai (Season 4, Episode 3), in which Jack teaches the "Saaaamuuuuuraaaai" a lesson in humility... The 12 field setup comes matted, framed, and ready for display. The item "Samurai Jack 2003 SCREEN-USED Original Production Background obg art Tartakovsky" is in sale since Wednesday, November 20, 2019.

This item is in the category "Collectibles\Animation Art & Characters\Animation Art\Production Art". The seller is "benkin" and is located in Staten Island, New York.