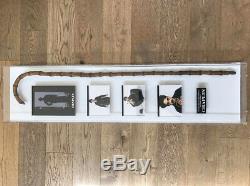 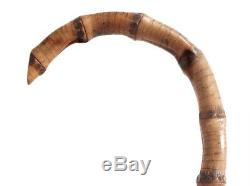 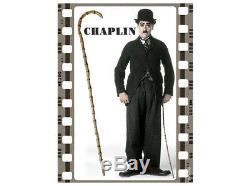 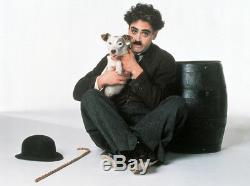 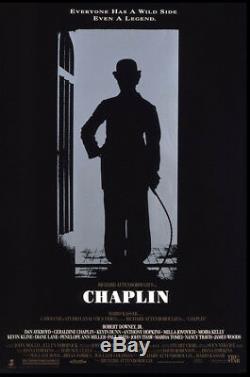 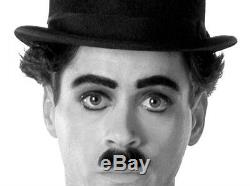 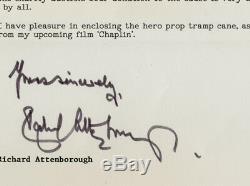 Robert Downey Jr Hero prop cane used throughout filming and for publicity shots. This cane used by Robert Downey Jr in the title role of Chaplin in Sir Richard Attenborough's allstar biopic was predominately used in the films closeup shots.

The bamboo prop is virtually identical to the stick used by the real Chaplin as he portrayed his legendary Little Tramp character in the 1920's. Directors death to complete the provenance. Item is in fine screen used condition.

The life of silent filmstar. From his arrival in Hollywood in the 1920s to the final recognition of his talents at the 1972 Oscars. The film is structured around lengthy flashbacks as the elderly.

Recollects moments from his life during a conversation with fictional character George Hayden. The editor of his autobiography. Chaplin's recollections begin with his childhood of extreme poverty, from which he escapes by immersing himself in the world of the London. After which he relocates to the United States.

There are references to some of his many romantic episodes. Including Hetty Kelly, Mildred Harris.

I will do my best to arrange personal viewings. Detailed photos of the items available upon request.

Have a continued opportunity to visit it if it does not sell. Please contact me directly with any offers regarding this. The item "Robert Downey Jr CHAPLIN hero screen used prop movie cane" is in sale since Tuesday, September 11, 2018.