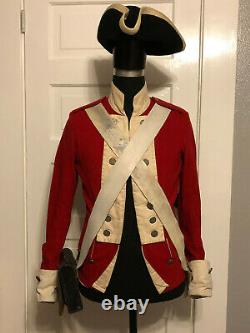 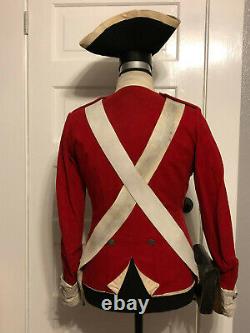 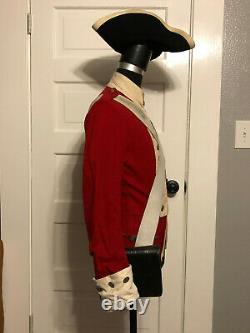 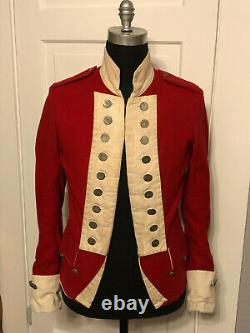 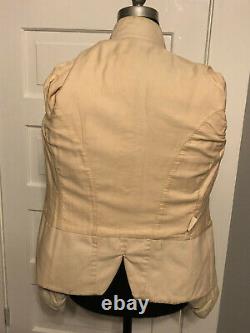 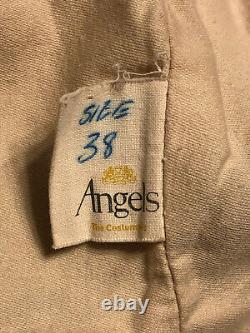 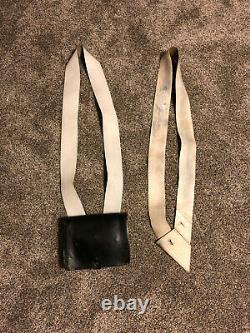 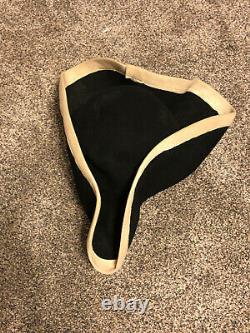 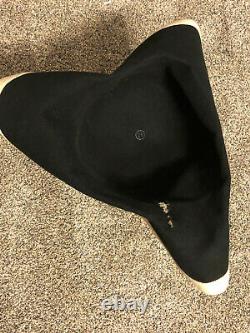 The uniform was acquired from Angels Costumiers by the production for use as British Soldiers and is seen in several parts of the film. The costume consists of a Black Tricorn hat (size 7 1/8), a Red Coat (size 38), a White Bayonet Baldric and a Black Cart Box with a White Strap. The hat and coat are predominately made of wool and the baldric and cart box are made of leather. Angels Costumes is a supplier of costumes based in London, England to the film, theatre and television industries, as well as to the general public.

The company, founded in 1840, is the longest-established costume supplier in the world, and has supplied costumes to 37 films that have received the Academy Award for Best Costume Design. Angels was the principal costume supplier for the Pirates of the Caribbean films. The items have varying levels of wear and studio distressing, so please see the listing images for exact condition. If you have questions, feel free to ask.

Additional pictures and descriptive details can be provided for serious inquiries. Also included with this lot will be a letter of authenticity (LOA). Be sure to watch my other listings for additional film used costumes and props, in addition to other great items.