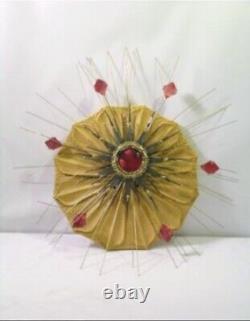 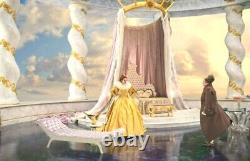 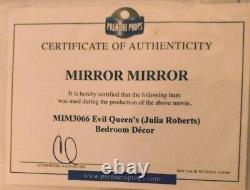 Evil Queen: They're not wrinkles. Mirror Mirror' (2012) - From the Castle, this was hanging in the Evil Queen's (Julia Roberts) bedroom. It is a decorative medallion which can be seen hanging over her bed.

You could use as a unique design feature in many rooms, plus it has a Hollywood backstory. Stand alone, objet d'art. Mirror Mirror is a 2012 American fantasy comedy film based on the fairy tale "Snow White" collected by the Brothers Grimm.

It is directed by Tarsem Singh with music by Alan Menken. Gorgeous costume design by Eiko Ishioka, for which she was awarded the Costume Designers Guild Award for Excellence in Fantasy Film and a Academy Award nomination for Best Costume Design.

" and is located in this country: US. This item can be shipped to United States.