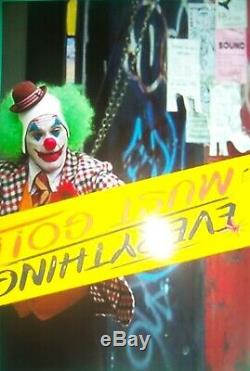 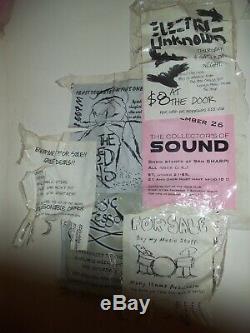 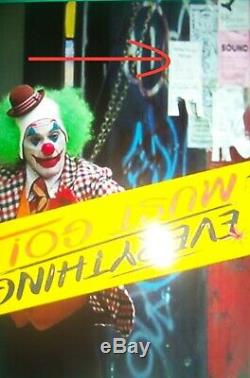 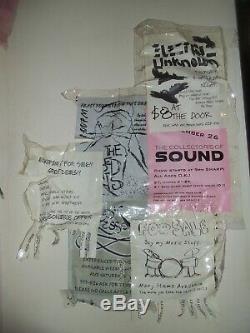 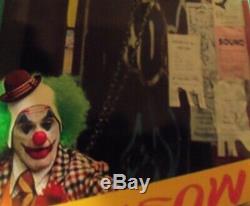 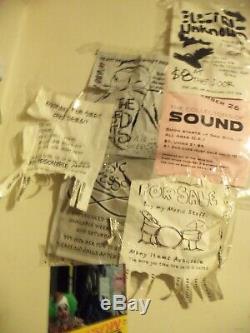 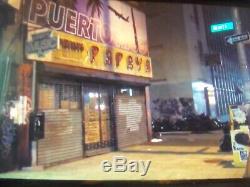 I HAVE TRIED TO KEEP UP WITH ALL OF THE MESSAGES BUT AT THIS POINT I CANNOT SO PLEASE ONLY SERIOUS AND FRIENDLY INQUIRY'S. IT WAS NOT EASY TO GET THIS ITEM AND I HAD TO MAKE FRIENDS ON SET TO DO IT FOR THAT AND THIS BEING A 1 OF A KIND ITEM ALONE THE PRICE IS WORTH IT THEN KNOWING IT BEING SCREEN USED IN JOKER (2019). THE ITEM AND ITS PRICE SPEAKS FOR ITSELF. I HAVE NO PROBLEM KEEPING THIS ITEM IN MY PERSONAL COLLECTION SO I WILL NOT RESPOND TO QUESTIONS I FEEL ARE NOT SERIOUS.

I HAD THIS ITEM LISTED PIOR TO THE MOVIE EVEN BEING RELEASED SO I WASN'T ABLE TO CONFIRM IF IT WAS ON SCREEN BUT NOW THAT THE FILM HAS BEEN RELEASED I CAN CONFIRM THIS ITEM IS SCREEN USED FROM THE THEATRICAL RELEASE OF JOKER (2019). THIS IS THE ONLY ONE IN THE WORLD! AS OBVIOUSLY ONLY 1 WAS USED ON SCREEN. MEANING THIS IS THE EXACT AND ACTUAL SIGN YOU SEE ON SCREEN IN THAT LOCATION OF THE FILM. IT IS HARD TO GET SCREEN USED ITEMS THAT YOU CAN SAY THAT ABOUT. YOU WILL GET THE SCREEN USED SIGN THAT MEASURES ABOUT 31" TALL AND 23 " WIDE AND THE 4" X 8" PICTURE OF THE JOKER IN FRONT OF THE SIGN.

THE 31"X 23" SCREEN USED SIGN LOOKS AMAZING FRAMED WITH THE SMALLER 4"X8" PICTURE IN THE FRAME WITH IT. This is the entire signage you can see in the background of one of the scenes from the movie. I spent all five Days/Nights on the set of this movie while it was being filmed in Newark New Jersey on Broad street and Market street. This is from the front of a furniture store that production turned into a music store which the film's production named Kenny's music shop that is located on market street and the cross street being beaver street. It is a taped together posting that the films production made as a background for the scene's which have Kenny's music shop in it such as the one shown in the first picture of this listing.

Sign measures about 31" tall and 23" wide. It will also includes a 4" x 6" photo which is the first photo of this listing of the joker in front of the sign. I got this item because I stood by while set designers were taking it down and asked for it (they were literally going to throw it in a dumpster).

I tried to keep it in tact as best as I could. Please view the pictures it will come exactly as you see in the second, fourth and sixth picture.

If you see the movie you will see this item in the theatrical release of it also If you do enough research for videos/photos on the web you will see that this is a 100% Authentic Movie Prop from the production of the film. The picture shown of the joker standing in front of the sign is a picture a fan/paparazzi took. THIS ITEM IS SCREEN USED AND CONFIRMED SHOW IN THE JOKER (2019) WITH JOAQUIN PHOENIX IN THE SHOT. It is near impossible to find movie props from Warner Bros/Dc comics film that has a award winning and Oscar nominated actor in it.

This is truly a once in a lifetime chance to own something like this. Of course due to this item being given to me by set designers it does not come with a coa but this listings details should be more then enough info and proof for now and the future. This is a very real and authentic piece of movie history. I promise and assure this item to be a one of kind item that I got directly from and during the production of the 2019 Joker Movie. DO NOT WORRY YOU WILL NOT BE UNHAPPY AND WILL BE A VERY LUCKY OWNER OF WHAT I ASSURE YOU TO BE A SCREEN USED ITEM FROM ONE OF THE GREATEST FILMS EVER RELEASED! The item "JOKER (2019) SCREEN USED (CONFIRMED) Movie Prop Joaquin Phoenix Warner Bros. Dc" is in sale since Saturday, October 26, 2019. This item is in the category "Entertainment Memorabilia\Movie Memorabilia\Props\Originals". The seller is "capdinplanit" and is located in United States. This item can be shipped to United States.