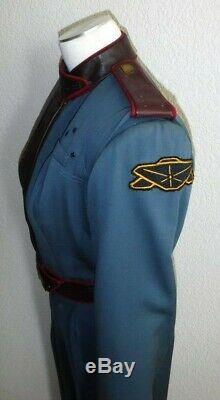 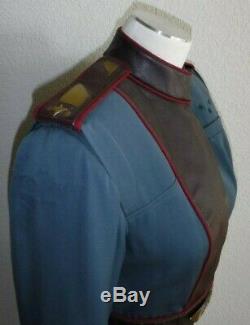 Original Earth Alliance Admiral's uniform worn in various episodes of Babylon 5. The last actress to wear the costume was CeCe Tsou. She wore it during production of the Babylon 5 space simulator computer game "Into the Fire" in 1998. She appeared in the game as Vice Admiral Montoyez. Unfortunately, the game was cancelled in 1999 and never released.

The game also starred several original cast members including Bruce Boxleitner, Jerry Doyle, Mira Furlan and Tracy Scoggins. The woman's costume is unique as it still has the shoulder rank epaulets. It also has several rank insignia still attached to the epaulets. The costume also included the original jacket Earth Alliance belt buckle. Comes with a COA from Backlot Costumes and Props.

The item "Babylon 5 costume Earth Alliance General uniform Screen-used prop and Rare" is in sale since Wednesday, September 4, 2019. This item is in the category "Entertainment Memorabilia\Television Memorabilia\Wardrobe\Originals". The seller is "gbaldib5" and is located in Roseville, California.