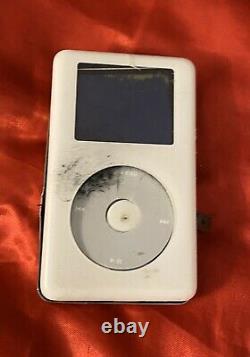 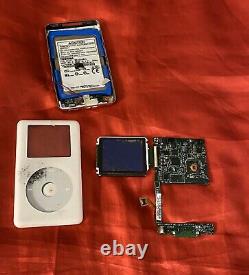 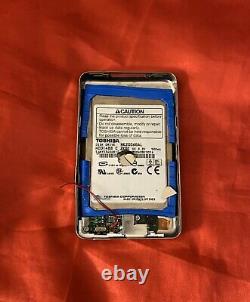 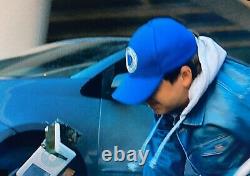 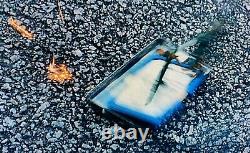 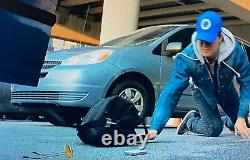 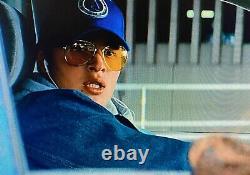 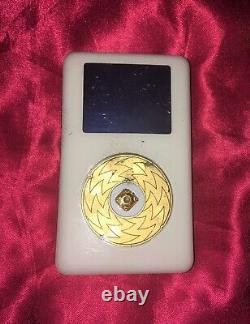 Offered here is a fantastic find for any fan of the acclaimed film Baby Driver! This is Baby's (Ansel Elgort) Screen Used Prop Distressed iPod & Sunglasses Set from the film. This set includes the Screen Used Shot iPod, A Back-Up Shot iPod, And Baby's Sunglasses.

The shot iPod was used in the close up scene when Buddy (Jon Hamm) shoots Baby's iPod as he's trying to escape. This iPod is busted open from being shot and screen matches to the close up of the scene.

Nearly every piece of this iPod is separated from the usage in the film. The control wheel and case have a scuff that would likely have occurred when it hit the ground again after being shot. An addition distressed iPod is also included.

The second iPod was likely either a back up or used for an insert shot. The sunglass can be seen when Baby steals the car during the thrilling mall escape scene.

The iPods are one of the best and most significant props from the film. The sunglasses were another iconic piece from the film as Baby would always wear glasses during his heists. Ansel Elgort is one of the most popular actors of his generation with a great resume including The Fault in Our Stars, The Divergent Series, Carrie, The Goldfinch, and numerous other great films and shows including the highly anticipated adaptations of Spring Awakening and West Side Story. This ships with the studio Certificate of Authenticity. NOTE: These iPods are solid as PROPS ONLY and are no longer functional. The bust the glasses are on is for display purposes only and is not included with the props. Q: Was this item actually used in the film/show mentioned? Q: How was this acquired? A: This is an answer which varies from item to item.

To ensure a large variety of memorabilia these pieces were obtained through various trusted sources including studio/memorabilia auctions, set sales, crew members, etc. Q: Does this include a Certificate of Authenticity? Typically does not come with a Certificate.

If a piece comes with a preexisting Certificate it will be directly mentioned in the listing. If one does not a Pure Magic Memorabilia Certificate of Authenticity will be included for your personal records and piece of mind. Q: Are there ever multiples of the same prop/wardrobe item? Typically productions will have multiples of nearly every item. The amount however varies depending on how prevalent the item is and how hard it is used. Q: Im specifically looking for something from ________ do you have anything you will be listing? A: If there is any particular Film, Show, or Celebrity you are looking for an item from feel free to ask. The item "Baby Driver Baby (Ansel Elgort) Screen Used Prop iPod & Sunglass COA Ed Wright" is in sale since Monday, July 12, 2021. This item is in the category "Entertainment Memorabilia\Movie Memorabilia\Props\Originals". The seller is "puremagicmemorabilia" and is located in Beverly Hills, California.