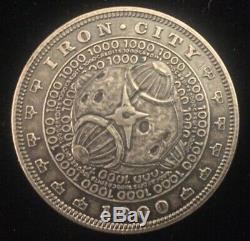 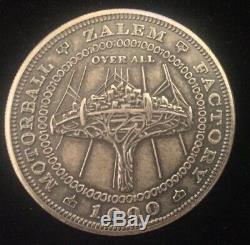 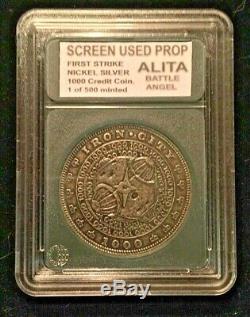 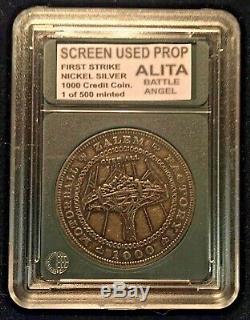 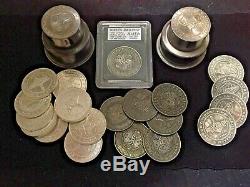 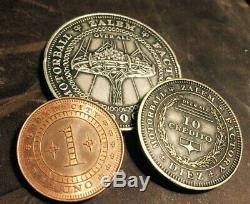 Up for sale is (1) authentic nickel silver 1000 credit coin minted for use in the motion picture Alita Battle Angel. It is one of only 500 total minted during pre-production of the film and used on camera in the Kansas Bar scenes and dispensed by the Deckman in rolls to Dr Ido and Alita. This is the first of only a few that I have from the film. Most of the original coins either disappeared off of set during the week of filming the bar scene, were given to visiting press, studio people, dignitaries or sent to Fox for promotional give aways during the production of the film. The rest of the original nickel silver coins were dispersed by the end or soon after production ended, by producers to begin promotion of the film.

The Nickel Silver and the 1 ounce pure silver coins were only made for the production of the film and were minted in two groups dating to September 2016 and January of 2017. All of the nickel silver and (50) pure silver. 99 fine were minted in 2016 and.

An additional 25 pure silver. 99 fine minted in January 2017. Towards the end of filming, the producers started handing the nickel silver coins out as promotional items to press and dignitaries visiting the film set. After production ended and all 500 original screen used coins were dispersed, additional coins were ordered.

The nickel silver was too hard on the dies and brass was used starting in 2017. No brass coins were in existence during the making of the film and none are considered screen used they are strictly promotional items associated with the escape rooms. The escape room coins are struck from the 2nd, 3rd and 4th generation dies.

Pictured above are the original dies used to strike the screen used coins. Notice they are both severly cracked and no longer usable - no more of the original coins can or will be struck. No coin received in an escape room is made of nickel silver.

I have included pics of those coins so serious collectors know they exist and try to obtain one for their collection. Only 500 each of those coins exist at this time either.

Each coin will come in a plastic housing that can be opened if you want to hold the coin, etc. The coins will be issued with a certificate of authenticity that guarantees these coins to be genuine props from the motion picture Alita Battle Angel, rightfully obtained from the production after the close of filming and dispersal/sale of select items from the production.